I follow a few crafty blogs and one had a post about steampunk hot air balloons and I loved the idea. Why not use it for a light? I went to Tai Pan Trading looking for something that would work, birdcages and baskets and I found a wire pear. What it's supposed to be used for I have no idea. 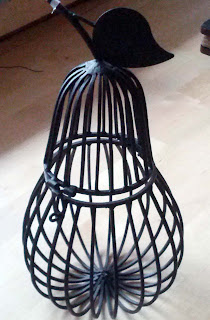 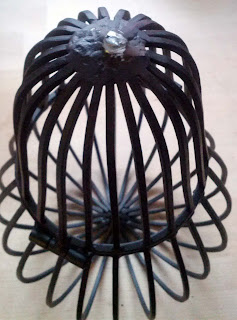 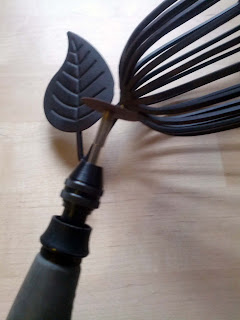 I spray painted it silver metallic and wiped on some copper. 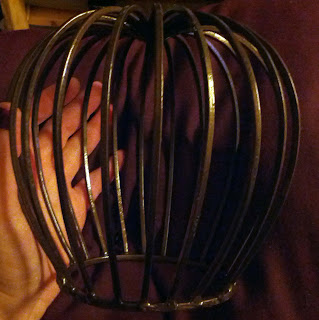 Now I add some beads and other embellishments. 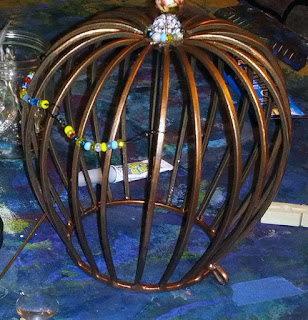 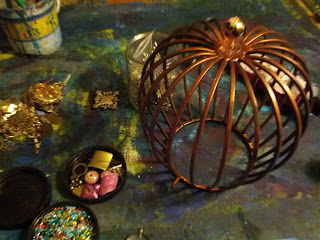 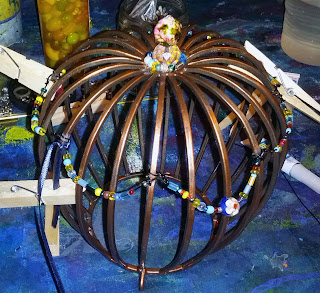 I added some tea-stained fabric with glue and upholstery thread which stood out enough that I went around and painted over it with copper. 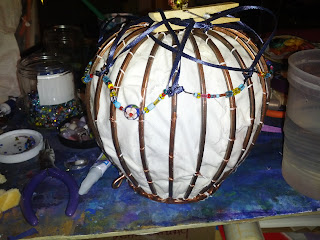 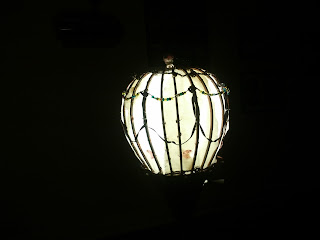 The inside is a mess of thread. 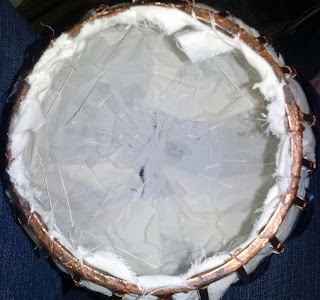 The light test: A regular 40 watt bulb and a cfl bulb were too hot to use so I got an led bulb at Costco. I also have dropped it onto my wood floor at least twice and it didn't break, it just bounced. 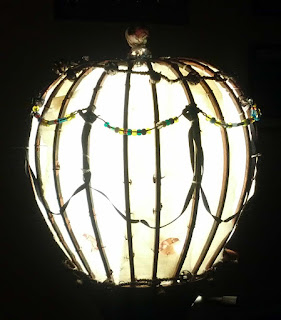 It's not done yet, I'm working on the basket and ropes that tie it to the balloon. It's been snowy lately which makes it hard to spray paint outside.
Posted by Beth at 1:21 PM