Since I can't post the latest stuff I've been working on, it's all for gifts and I want it to be a surprise, I will instead talk about older stuff I've made.

My niece turns one next week and I wanted to make her something cute. Each square is about 7 inches and the piece is ~35x28 inches. If you want the pattern let me know but the center is 8 popcorn petals and granny square around the rest. 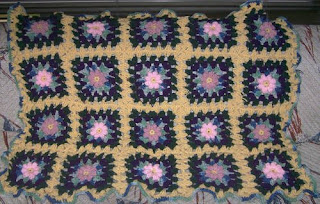 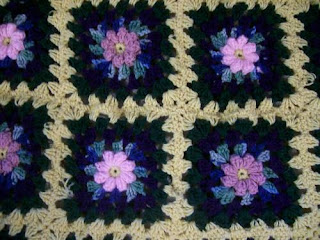 The back, I single crocheted each square together: 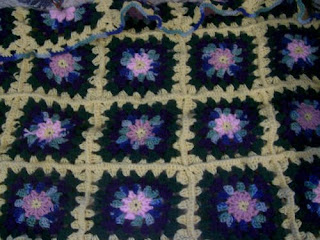 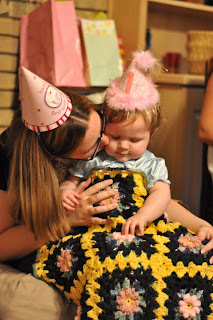 My friend's kid turns 13 today and I am going to her party. She LOVES the movie Coraline and so I made her a box and put some stuff in it. I read online when the movie came out about the promotional boxes and I thought they were amazing but I didn't know if Kathleen would still like the movie by July. I asked her and she said yeah but you never know. I wanted it to be a surprise so I didn't ever mention it again and this past weekend I bought the movie and we watched it. 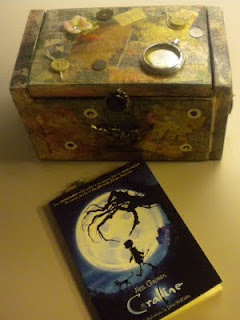 I bought some cool skeleton keys from a store called Anastasia's Attic and I epoxy'd buttons on the handle. One is the standard 4 hole from the movie and the other a decorative button that matched the key: 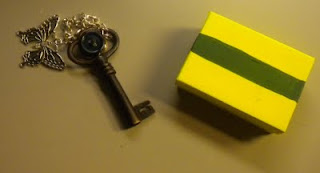 I cut the wood with my (new) circular saw and the pieces didn't quite fit together. The knob was needed and was perfect to epoxy a button to. I painted the box with some blue and purple acrylic paint, very watery and glued some vintage images, poison labels, fairies, etc and then covered it with white tissue paper. Another coat of metallic gold and wiped off so it only stays in the creases and it's done. I sanded the corners and some random parts of the tissue paper so it had some depth but then I added some old watch parts (some of them still move) and buttons and charms: 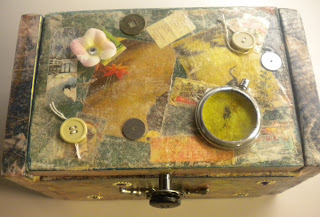 I've been collecting charms and other goodies and put them in the underside of the lid, I loved the birdcage and had to add it: 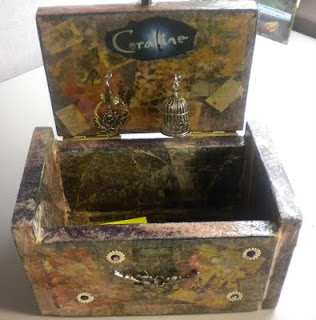 The sides all have more watch parts, charms, buttons, I call her 'hot mama' sometimes so I hope she's ok with it on the box, also there's a 1p coin from a trip to Ireland, they're all on the euro now so they are getting harder to find: 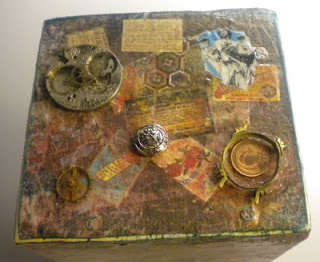 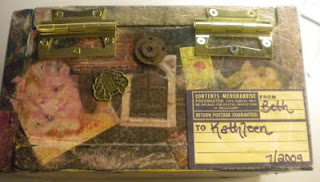 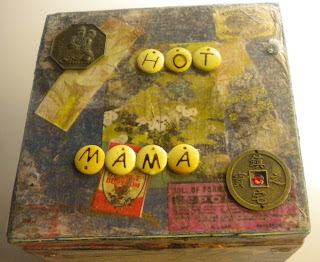 The birds on the branch charm was supposed to be hanging but I broke the end loop: 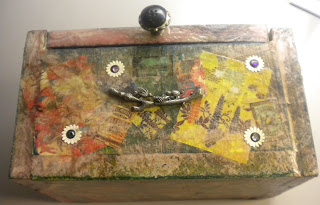 Inside I added the book, the button key and a small box. I will pretend to know nothing about the key or the box though, in case you can't read the written note it says 'To Kathleen, From your Other Mother' and it goes in the yellow box with the button eyes and needle: 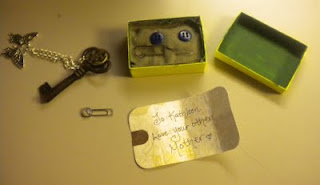 Ack that's all of it. I made the box about a week and a half ago and have been painting and adding stuff to it ever since. I've been collecting stuff for it for months and I got most of the collage images from http://www.digitalcollagesheets.com/.
Posted by Beth at 9:24 AM No comments: