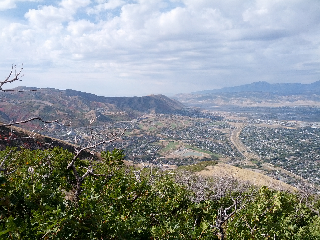 I have discovered when finishing a text block (making the edges pretty) that if you are painting a design on and mess up you can actually sand off the mistake and start again. Very helpful! 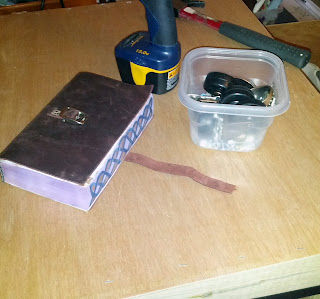 This is my progress on the Grimm book. The leather is now a blank canvas waiting for whatever I want to do with it. The book and tools are sitting on top of a partway built kitchen cart. It's actually finished minus painting and I still need to get a butcher block for the top. Ikea has a cheap wooden countertop that would work but I'm going to look around locally first. As I was getting the wood out of my car a neighbor asked if I was making furniture again. Heh. I'd forgotten telling her that who knows how long ago.

This is a longstitch journal I made as a gift for a friend. I get picky about gifts and I ended up rebinding this one (only once) but it looks much better know. My friend liked it so I'm happy. 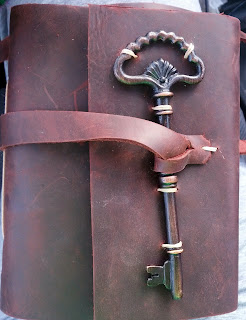 Sketch on a big piece of paper then transfer to fabric to be painted. I really hope Coraline makes the cut. She's too cute. 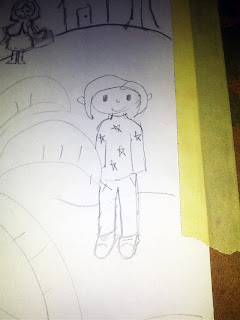 (Edited for a better picture of the sketch.)
Posted by Beth at 5:48 PM No comments:

So many good ideas

So I've been watching the show Grimm which I really like and there's a lot of really old cool books that I get little glimses of occasionally. I wandered over to the Replica Prop Forums and created an account once I found some book discussion on the show and others.

NBC has a free ebook through itunes or the Barnes and Noble Nook and I was able to get screenshots of the book. The official show website also has some interesting goodies which I gleefully saved. The collecting of source material is going to crush my hard drives. 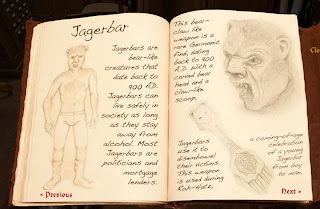 The pages seem to be fairly large. My printer is not so good though but I will test out a few things and see if I can make it happen. As always, I am now at the point where I really want to (learn how to) make some book props. 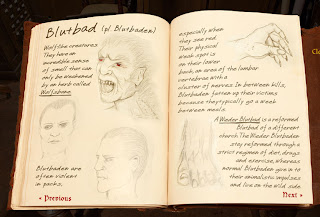 As the series progresses I expect to see pages added to either the ebook and/or the website so I might have to hold off on the binding or figure out a way to add to the pages already bound. This first one is just for me so I'd be ok with that. 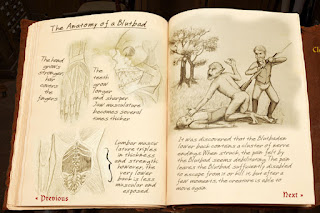 The Grail Diary: oh my holy crap I want to make this. I've been obsessively collecting images and have ordered the book from Amazon that a lot of the material came from. 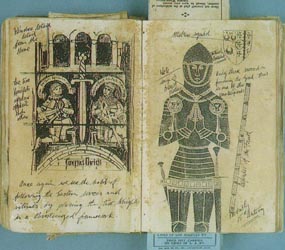 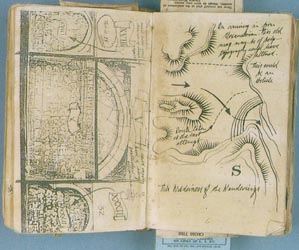 And then there's River Song's journal from Doctor Who. Oh boy. So much good info available! I already know who I need to make this for, if I can do it in a timely manner (well besides myself). 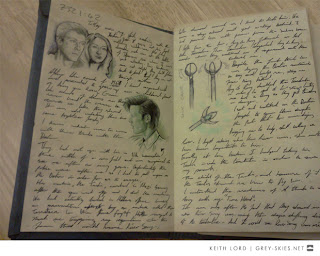 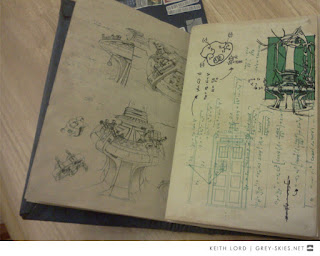 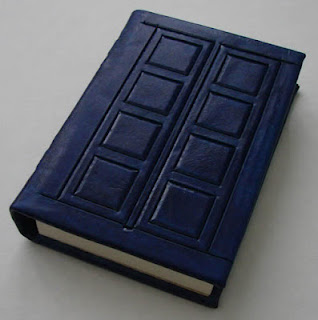 I hope to be posting some super awesome finished props soon!
Posted by Beth at 7:38 AM No comments:

If at this point you don't realize that I love the Princess Bride, you do now. The plan started out completely different though and after thinking about it and finding good images of the movie online I had to get it out of me. It was hard to decide on the features of the map as there are two official versions that are completely different from each other. The original book and then the game and newer editions of the book but nowhere online had a nice high resolution image I could copy.

We start off on Buttercup's Farm, I love the pig and chickens. Lots of painting and then thread painted (I think that's the term). Also the perspective changes from a sort of bird's eye view to a more frontal one.  One of the maps had small bridges so I kept them in.

Next she gets kidnapped and taken up the Cliff's of Insanity.

Where Indigo and Fezzik fight the man in black. Yes, that's a butt in the upper right window. I don't know why I did it, but I had to. Also, rocks are hard to paint so they look like rocks.

A battle of wits and down the ravine.

Into the Fire Swamp where they meet the R.O.U.S.'s. I think they look too cute though.

Prince Humperdink steals her away from Wesley where he is taken to the Zoo of Death. Indigo and Fezzik rescue him slightly alive and take him to see Miracle Max.

Once mostly alive they grab the wheelbarrow and cloak and set Fezzik on fire inside of Florin Castle. They rescue Buttercup and ride away on four white horses.